March 27, 2013 Bonne Appetit
2013 is really a year of musical comebacks. Not only we get to see the return of Justin Timberlake, the upcoming singles of Lady Gaga, Beyonce, and Britney Spears, but two familiar boybands are on their way as well!

98 Degrees’ latest track has surfaced the web. This time, the band took a route of a dance-pop genre as this track has a trace of Europop. This track will be included in their upcoming album “2.0”. This may be a double-entrendre track (which I think it’s really about their ding-a-ling-ding-dongs); I think it’s still good pop track. Check their song out:
http://www49.zippyshare.com/swf/player_local.swf?file=84134080&server=49&baseurl=http://www.zippyshare.com/api/&flashid=null&autostart=false&availablequality=both&bordercolor=#CCCCCC&forecolor=#000000&backcolor=#F2F2F2&darkcolor=#000000&lightcolor=#FF6600 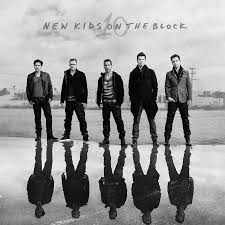 New Kids On The Block is coming back, too! Their latest track “Now Or Never”, produced by bandmember Joey McIntyre, consists of guitar tunes, hip-hop beats and electro pop synths. Check their song out:
http://www49.zippyshare.com/swf/player_local.swf?file=90074527&server=49&baseurl=http://www.zippyshare.com/api/&flashid=null&autostart=false&availablequality=both&bordercolor=#CCCCCC&forecolor=#000000&backcolor=#F2F2F2&darkcolor=#000000&lightcolor=#FF6600